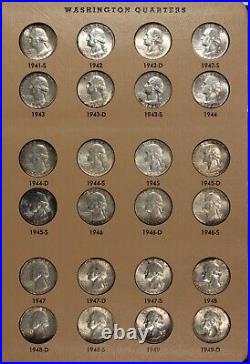 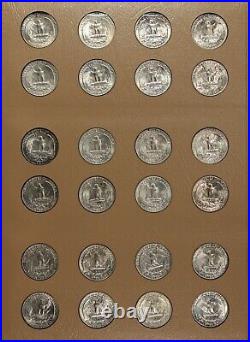 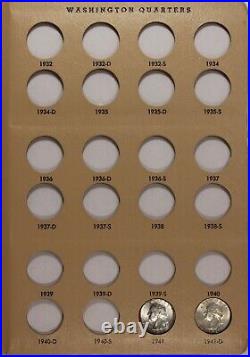 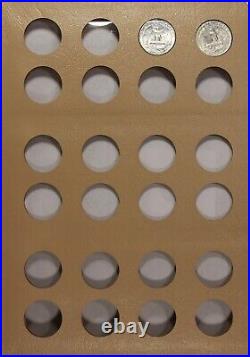 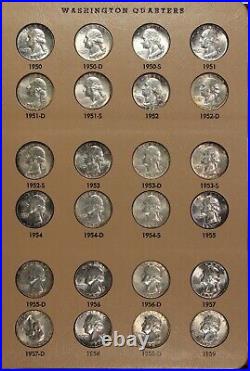 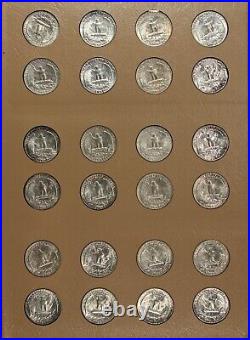 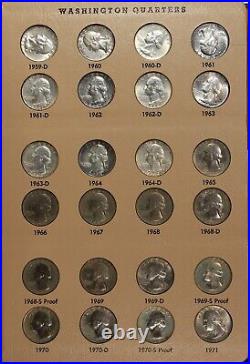 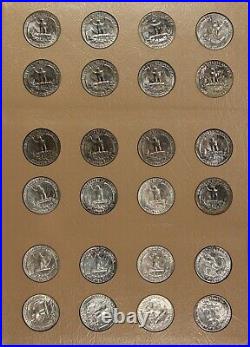 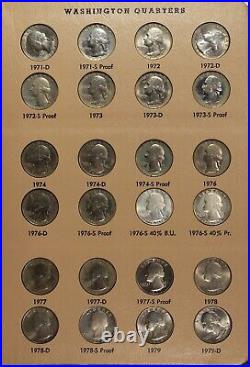 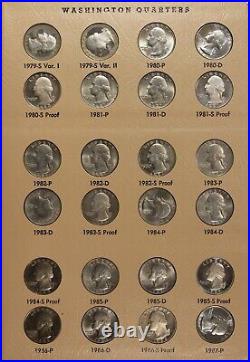 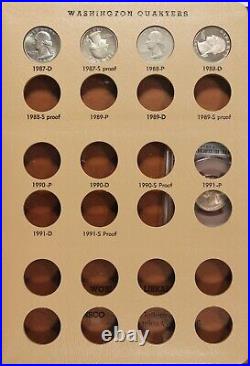 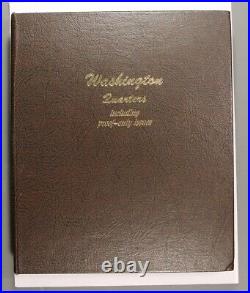 Lustrous BU Coins, Quality Dansco Album! A lustrous complete 1941 to 1964 PDS "Short Set" of 61 Choice to Gem BU silver Washington Quarters, plus an additional set of 65 1965 to 1987 clad Washington quarters. Each of the 61 silver 1941-64 coins have full cartwheel luster and original mint bloom, some with colorful toning as seen in the photos above. Surface preservation ranges from moderate contact marks on the Choice BU coins to minimal contact marks on the Gem BU Coins. The 1965 to 1987 clad quarters include all dates and mints including the "S" proofs, plus a BU 1988-P and proof 1981-S Type 2 in the 1988-D slot. The clad coins are Choice to Gem BU or Proof, several with toning as seen in the photos above. All 126 coins are housed in a nice Dansco album which is in good condition.