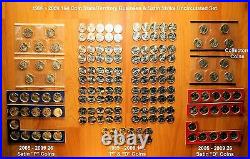 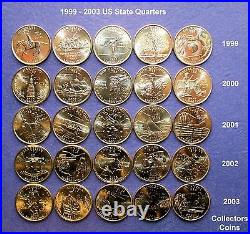 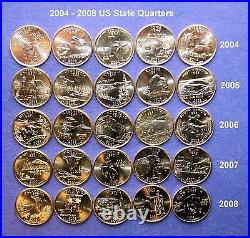 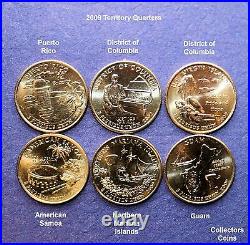 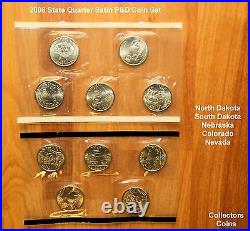 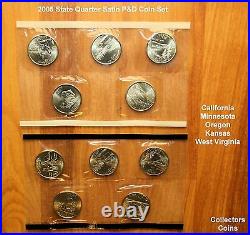 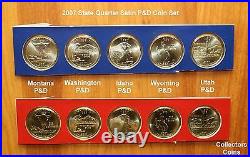 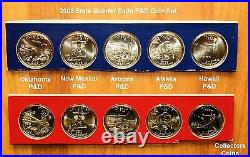 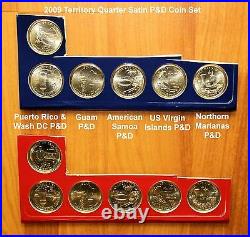 The "Satin" quarters in this set were only minted from 2005 through 2009 and were only available by purchasing Mint Sets directly from the US Mint. All the quarters in this set have been taken directly from mint rolls/bags/sets, handled with gloves and not touched by human hands. This is a nice business and satin strike uncirculated quarter set. This set includes the following coins from the Philadelphia & Denver mints. 1999 Delaware P&D, Pennsylvania P&D, New Jersey P&D , Georgia P&D , Connecticut P&D. 2000 Massachusetts P&D , Maryland P&D , South Carolina P&D , New Hampshire P&D , Virginia P&D.