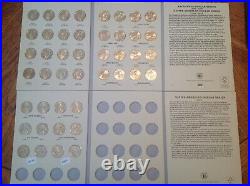 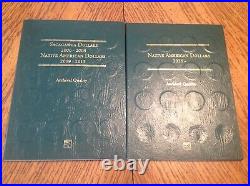 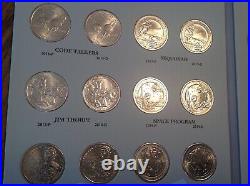 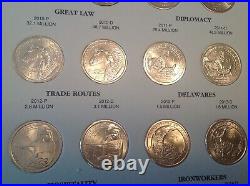 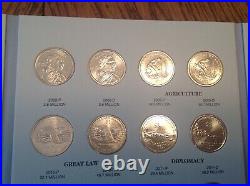 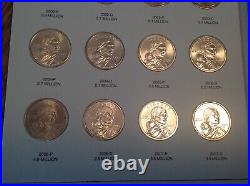 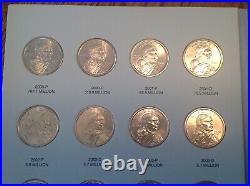 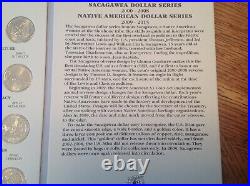 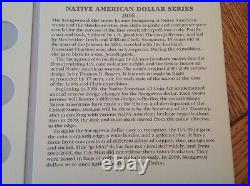 This 44 coin set includes both a P mint and a D mint Sacagawea dollar from 2000 through 2021. All coins are directly from freshly cracked US mint rolls, handled with gloves and never circulated. Only the first 10 of these coins in this 44 coin set were released into general circulation, and therefore the mintages on most of the coins are quite low. The Sacagawea coins are a popular series with numerous low mintage coins likely meaning these coins will appreciate over time. The circulation strike mintage levels for the Sacagawea Dollar series are interesting to examine.

For the first year of the series, more than one billion coins were produced across the Philadelphia and Denver Mint facilities. This figure would decline drastically to about 130 million by the second year and to less than 8 million by the third year.

The new dollar coins did not circulate widely as intended, so production was quickly scaled back and limited only to the demand generated from numismatic channels. From 2002 to 2008, the coins not distributed for circulation but only available within numismatic bags and rolls priced at a premium above face value. Over the years, collectors tended to order fewer bags and rolls, resulting in a trend of declining mintages. The lowest mintage coins under the original design are the 2008-P and 2008-D coins, with only 1,820,000 coins were produced at each Mint.

Starting in 2009, the series was given a boost when new legislation provided for annually rotating reverse designs. A stipulation was also provided that the Sacagawea Dollars, renamed Native American Dollars, must account for at least 20% of all dollar coin production during the year. Starting in 2012, the Presidential Dollars were only struck for inclusion within numismatic products, and the Sacagawea Dollars followed suit. The mintage low of the series was revisited with the 2013-P and 2013-D issues at 1,820,000 coins each.