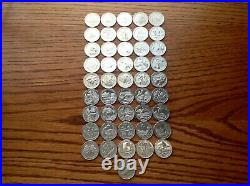 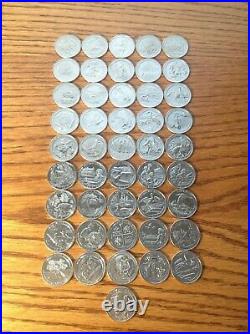 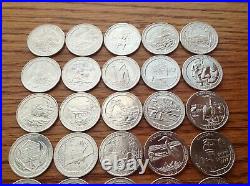 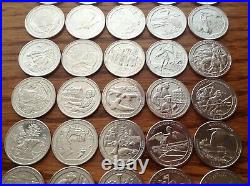 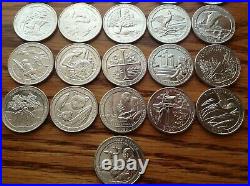 2012 - 2021 S Uncirculated ATB National Park San Francisco Mint 46 Coin Business Strike COMPLETE Set. Up for sale is the 2012 - 2021 San Francisco mint America the Beautiful quarter 46 coin set directly from US Mint Rolls (Never circulated, bright, and lustrous). When the "America the Beautiful" National Park Quarters series began in 2010 and 2011 the mint released into general circulation coins from the Philadelphia ("P") and Denver ("D") mints (five different national park designs released each year). In 2012, and to the end of the series in 2021, the mint released the regular P & D National Park quarters into general circulation as before but then surprised us all by issuing quarters from San Francisco ("S") as well. The mintages on the business strike (non-proof) "S" National Park quarters are therefore in significantly less numbers than the "P" and "D" general circulation quarters.

This set includes all 46 "S" business strike (non-proof) quarters released in the now complete National Park quarter series. Each coin is directly from a US Mint roll and uncirculated. Note that these are regular clad business strike quarters and are silver in color despite some of my photographs, because of lighting, looking like they may be something other than regular silver colored clad quarters. Some appear to have a satin finish? Included in this set are the following quarters.