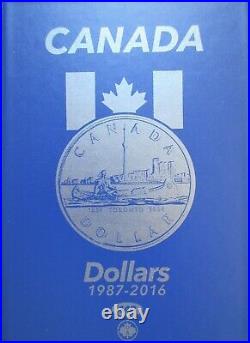 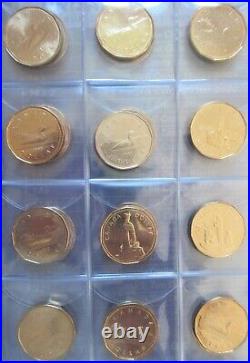 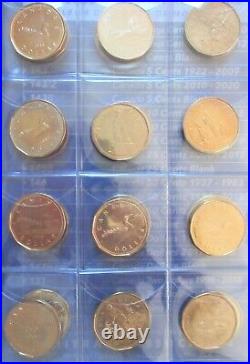 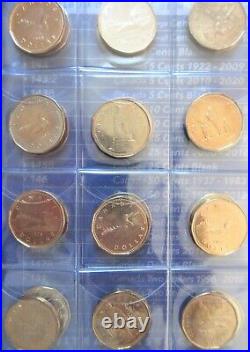 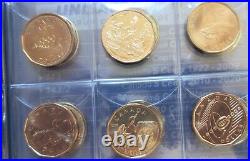 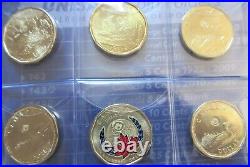 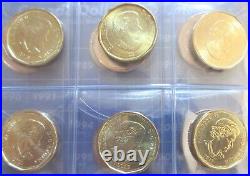 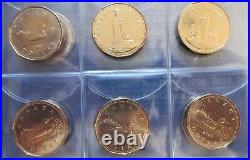 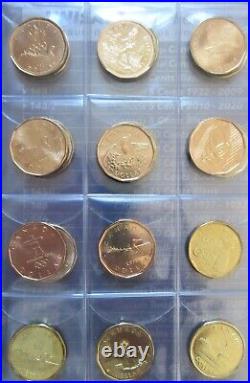 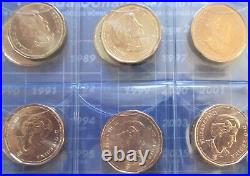 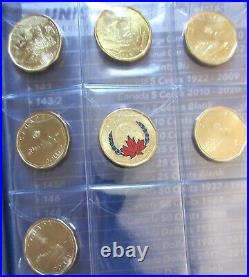 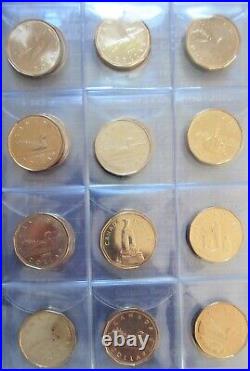 All these Coins are in UNI-SAFE coins folder. Condition of almost all the coins is Uncirculated with some coins as Almost Uncirculated or EF. Please use Scan as your guide. Here's list of all coins that you'll receive.

2004, 2006 and 2008, 2010, 2012, 2014, 2016 Olympic Lucky Loonies. The Royal Canadian Mint is proud to issue this specially designed Lucky Loonie to celebrate a Canadian Olympic story and to wish all of our Canadian athletes the very best of luck in Olympic Games. Canadian hero, Terry Fox, lost his leg to cancer at the age of 18.

On April 12, 1980, Terry Fox set out to make his dream of a cancer-free tomorrow. On the 25th anniversary the Royal Canadian Mint issued a special one-dollar coin.

This item is in the category "Coins & Paper Money\Coins: Canada\Dollars". The seller is "worldcoinsnpapermoney" and is located in this country: CA. This item can be shipped worldwide.