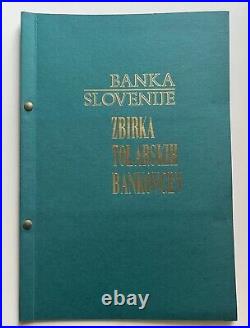 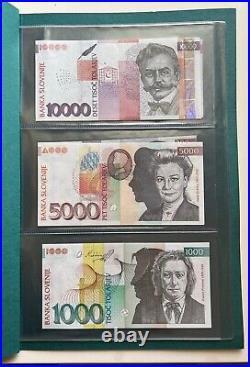 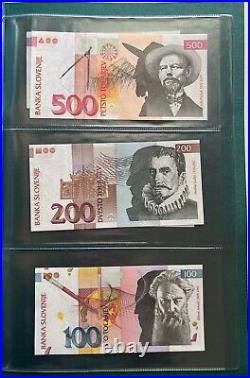 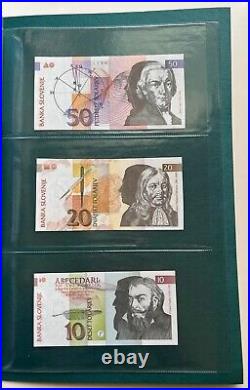 Official bank of Slovenia 2006 folder, only 1000 pcs made! In this folder you have one of each denomination.

Each banknotes last 2 digits of serial no. Are the same, and the small denominations (10 20 50 are all AA three digits). Only 1000 such folders were maid! And when they went out, majority of those were picked up by dealers and dismantled, so even less exist on the market! This item is in the category "Coins & Paper Money\Paper Money: World\Europe\Other European Paper Money".

The seller is "yugonum" and is located in this country: SI. This item can be shipped worldwide.