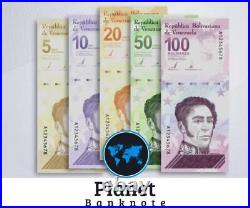 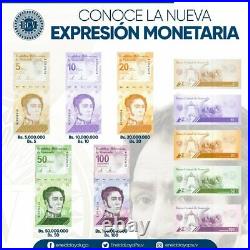 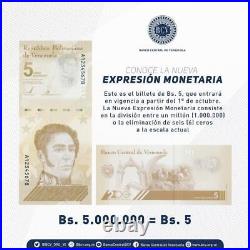 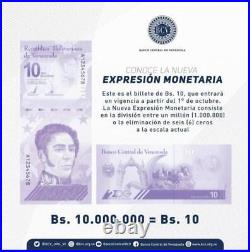 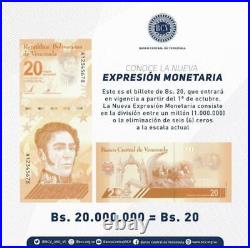 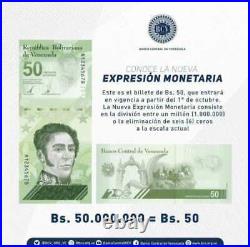 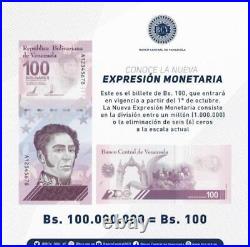 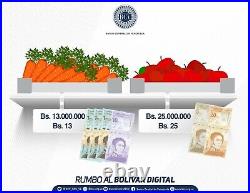 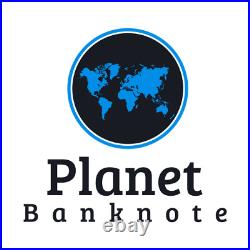 1-100 Million Bolivar Soberano Note. A new currency with six fewer zeros debuted in Venezuela. The new bolivar appears to be yet another attempt by the government to combat hyperinflation.

Last year, according to the local central bank, inflation reached 2,958%, and some would argue that it was even higher. Now, the digital bolivar consists of a new series of five banknotes and a government-issued coin that replaces the previous currency, the bolivar soberano, which was also known as the sovereign bolivar (English translation of "bolivar soberano") from which six zeros have been removed.

In other words, one digital bolivar is worth the same as 1 million sovereign bolivars. HOUSED IN DELUXE BCW PROTECTIVE HOLDERS!

5 - Piece Set only a Few Available! This item is in the category "Coins & Paper Money\Paper Money: World\South America". The seller is "oceancoinandcard" and is located in this country: US. This item can be shipped worldwide.